What Life Was Like for an Ellis Island Immigrant

Ellis Island is one of America’s most significant and impactful monuments. In just over 60 years, more than 12 million immigrants passed through the doors of the Registration Building and on to new lives in this country.

But it can be easy to forget the emotional and physical turmoil that these immigrants went through. Most traveled thousands of miles to a country they had never seen, where they didn’t know anyone, and, in many cases, where they couldn’t speak the language.

It’s hard to imagine exactly what life was like for an Ellis Island immigrant. Fortunately, there are many stories and testimonies that have been passed down — firsthand accounts that help you understand what it was like in their shoes. In this article, I’m going to share some of these stories as we explore the process of immigration and the ordeal that was the journey through Ellis Island.

After traveling by boat for many days, or even weeks, the immigrants would arrive at Ellis Island exhausted, but anxious. Only a pass through the registration hall separated them from their life in America.

The first stop was the baggage room — a large hall stuffed with trunks and suitcases. This service was meant to ease the process for immigrants, but many actually refused to use it. For most of them, the clothes on their back and the bag in their hand was their only worldly possessions. None could afford the risk of leaving their belongings behind and wind up losing them forever.

From the baggage room, immigrants would climb up the stairs to enter the registry room. On most days, there could be as many as 5,000-6,000 immigrants waiting to be processed.

One immigrant described the scene as a Tower of Babel — masses of people huddled together, all speaking different languages and all full of fear.

The next step was a physical and then an interview.

Only two steps, but it required hours and hours of waiting.

From the moment they stepped foot onto Ellis Island, immigrants were watched carefully. As you climbed the steps to the registry room, doctors would look for heart problems, difficulty breathing, any kind of disability.

When it was time for the physical exam, doctors had less than 30 seconds to decide whether an immigrant needed further examination. Those who weren’t fit enough to become laborers, or were considered too weak, sick, or mentally unstable, would be chalked and possibly sent home.

“Chalking” meant the doctor would take white piece of chalk and mark their clothing, indicating a special condition. The mark would correspond to one of hundreds of diseases or ailments that the doctor might suspect.

Being chalked was one of the immigrants’ worst fears. It meant that, instead of continuing into the country, you would be sent to the hospital for further testing.

Firsthand accounts from the physical

As you might expect, firsthand accounts of the physical aren’t very positive.

Of the thousands of immigrants who came through Ellis Island every day, approximately 1 in 5 were marked with chalk. There were no exceptions made for children or families. If a 3-year-old was marked and their mother was not, the pair would be separated until the child was deemed healthy.

Hospital staff, meanwhile, were overwhelmed: 10,000 patients from over 70 different countries filled the halls. Doctors and nurses worked long hours to meet the demand and administer treatments to the crowds of people.

One of the most widespread diseases at the time was trachoma, an infectious eye disease that eventually led to blindness.

An Italian immigrant was almost deported when she was diagnosed. Luckily for her, her father was able to gather enough money for her medical treatment at the hospital, and after 11 months of treatment she was cured and set free. Not all immigrants could afford this same care.

Without the proper antibiotics, there wasn’t a clear solution to help the immigrants who were infected. Doctors would rub patients’ eyelids with blue stones, hoping to soothe the inflammation, but the process was uncomfortable and often ineffective.

Not all the experiences at Ellis Island were scary. Many immigrants had positive memories of their stay in the hospital.

Fear of the unknown

For the immigrants who wound up at the hospital and were worried, much of this stemmed from being surrounded by people they didn’t know in a situation they had never before experienced.

Many nurses recall immigrants being afraid to get into a bathtub. They had never seen this type of contraption before and feared they might drown if they got in.

One immigrant refused to get an X-ray. She thought it meant the police wanted her photo. Knowing she did nothing wrong, and not wanting to remove her clothes, she refused to have the test done.

But immigrants weren’t the only people dealing with the unknown. The doctors and nurses were tasked with curing diseases from all over the world, many of which did not have proper diagnosed treatment.

Every immigrant who passed the health inspection then had to undergo a mental exam. The government was hoping to weed out anyone who they found to be “feeble minded” or mentally unfit. Many of the test results were based only on facial appearance.

Unfortunately, many of the immigrants were considered to be uneducated, even stupid, if they didn’t speak proper English. The test only gave the government another excuse for deportation.

A Jewish mother and sister were lucky enough to escape Nazi Germany and catch a ship to America. But their deafness was seen as a burden by immigration officials, and they were detained at Ellis Island for months.

Island of Hope, Island of Tears 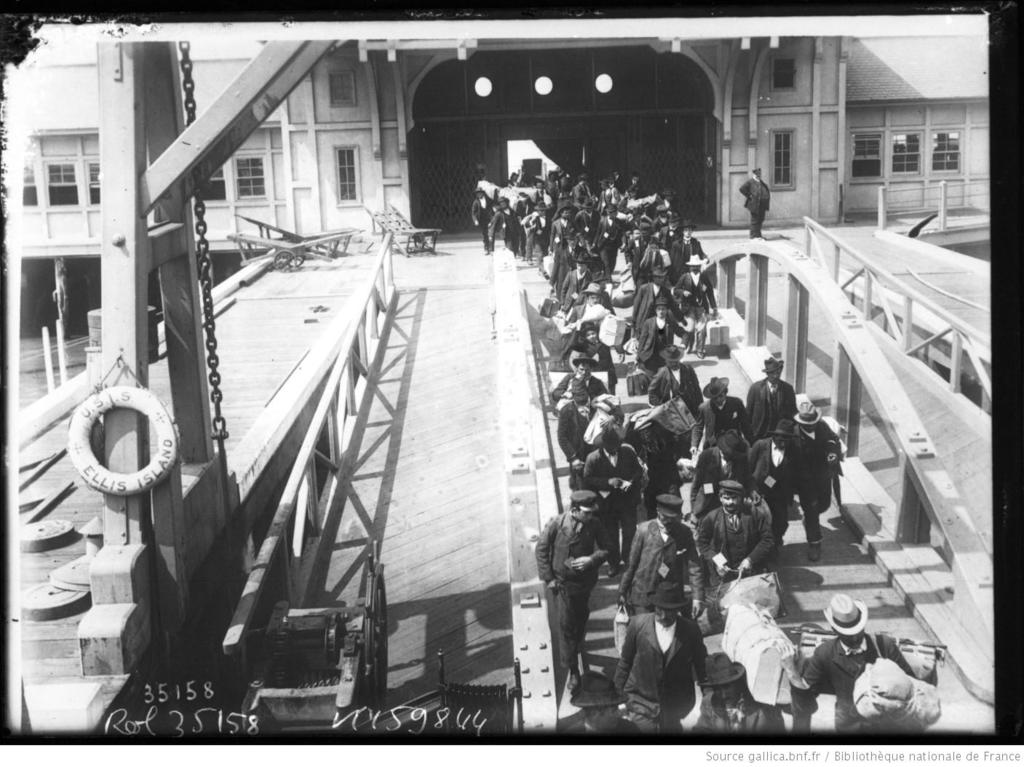 Reading these stories, you can see why Ellis Island was often referred to as the “Island of Hope, Island of Tears.” It’s amazing to think that a place that provided so many immigrants with promise and excitement could also be so terrifying and heartbreaking.

Being an immigrant wasn’t easy. The journey through Ellis Island was intimidating and often frightening. But despite their fears and doubts, millions of people made the trip and built a better future for themselves and their families.

Without their bravery, we wouldn’t be the country we are today.